GeneralAvia Consulting avails itself of Ethic, Scientific and Industrial Committee for the Aerospace sector. It was established with the aim to make a research in innovative systems in order to resolve problems in Aerospace sector. Committee’s members are highly specialized and have elevated skills. They are not permanent, but they have a right to exercise their activities and to offer their know-how according to the requests and the Aerospace sector needs in order to have an updated and appropriated expertise. The staff who analyses the preliminary projects for the GeneralAvia Consulting, collaborates according to the most innovative method of “smart working”, adopting two types of diligence, both diagnostic and environmental, for every operative planning, the executive techniques of the shared programs’ realization, as well as the application of the parameters and the rules under the business sustainability concept, strongly desired by the GeneralAvia management team, and all operative technologies oriented towards Total Quality Management (TQM). Main ethic values which conduct the Network’s management are following:

High production specialization and the excellence recognized on the national as well as on the international levels. Know-how sharing in a clear and in a transparent way.

Total absence of any form of political interference, nepotism or favoritism. Our aim is to generate quality, professional competence and the growth opportunity without any external influence.

Maximum attention towards all those factors which foster people wellbeing, which protect health and deliver security. There is no quality without qualification.

Our global aim is to make a life conditions better. We are sure that the innovation is not only related to the technological aspects or to the production phases, but as well as to the wider concept which skips economic or statistical analysis: to a wellbeing.

The applications submitted are subject to Direction approval and the integrative documents can be requested.

Members of the Center for International Studies 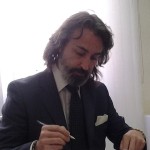 Founder and President of GeneralAvia entrepreneur for 25 years, civilian pilot and experienced in developing and managing businesses. 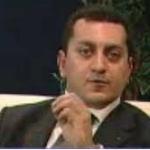 Professor at the Sapienza University of Rome : “Psychology Aeronautics and Aerospace”.
Professor at the Flight Safety Inspectorate Superior Italian Air Force, the State University “MGU” Moscow and researcher in studies on the human factor in spaceflight international NASA, ESA and Roscosmos.
Professor and Head of the Master “Extreme Skills” in Italian Pilots Union, Member of “CRM and HF Focus Group”, the advisory board of the Civil Aviation Authority. 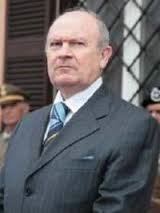 The General of the Army Corps of Carabinieri, Serafino Liberati is the Military Adviser of the President of the National Red Cross Italian for matters relating to the Military Corps. The General Liberati after attending the Military Academy and the School of Application of Turin has passed, with the rank of Lieutenant, the Carabinieri Corps.

The General Liberati was also Chairman of the Central Council of Representative (Co. Ce. R.) of the Armed Forces and Police. He received the honorary citizenship for the recoveries made in the protection of the artistic patrimony of the city Castelli (Teramo) and Guidonia (Roma).

And ‘the founder and President of the Association of social promotion “Ark of the XXI Century”, for research and the identification of the reasons of discomfort of the company in the areas of safety, environment, health, relationships ethical – social and civil cohabitation provide a constructive contribution to the thinking public and private institutions to create the best living conditions in the current social context. And ‘Military Advisor, before the Extraordinary Commissioner and then President of CRI, from 1 May 2008. 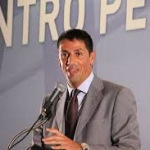 Advisor to the Italian Secretary of State for Defence